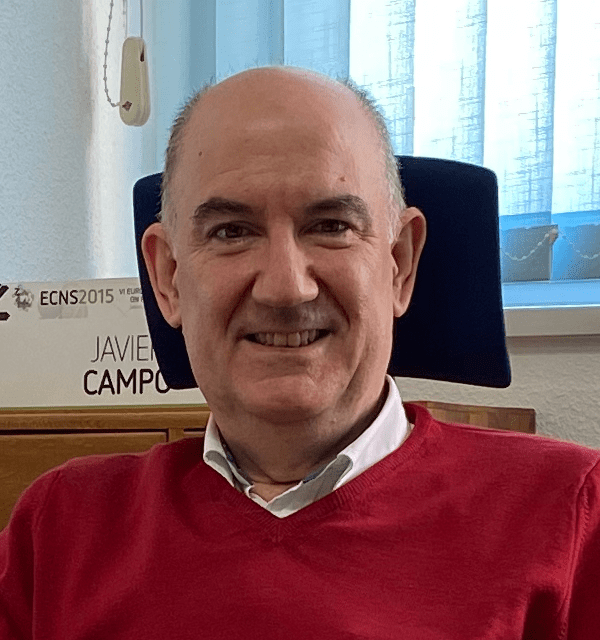 Javier Campo (Spanish, 1968) made his doctoral thesis at the Aragón Materials Science Institute (ICMA), join research institute between the Spanish National Research Council (CSIC) and the University of Zaragoza, in 1995.

Later he moved to the University of Montpellier where he made a post-doctoral stay of 2 years.

From 1998 to 2002 Dr J Campo was appointed by the CSIC as scientist responsible for the CRG-D1B at the Institute Laue Langevin (ILL) in Grenoble (France) and in 2003 he joined the ICMA as a researcher under the Spanish program “Ramón y Cajal” where he continued heading the Spanish CRG at the ILL, including the CRG-D15.

He was Director of the ICMA from 2012 to 2020.  Now his scientific interest is focused on the study of “Magnetic Chirality” and “Purely organic magnets” by using neutron scattering techniques.

Javier Campo is the author of more than 160 scientific papers and main researcher in 45 research projects. He has supervised 7 doctoral theses and has held several international membership, among others; vice-presidency of the ENSA from 2009 to 2014, Spanish delegate at the ILL Steering Committee since 2008, Chair of the VI European Conference on Neutron Scattering held in Zaragoza in 2015 and Chair of the Spanish Committee for Large Scale Scientific Facilities.